Born 1974 at Delhi, Puja Bahri, studied English literature for her graduation from Lady Shri Ram College, Delhi University, and then did a course in interior design from Apeejay Institute, before training in painting and sculpture at Triveni Kala Sangam to focus full time on her passion for art. With consistent practice and two short courses in mixed media and abstraction at the Central Saint Martins’ in London, she has worked to refine her form and technique.

Her repertoire includes paintings, digital and video art, and sculpture; in a semi realistic style and a mix of abstraction and figuration. Working in series and a mix and match of media, her art adorns a colourful look. Her initial work featured iconic portraits and human figures often of semi-clad or nude couples in different moods and posturing, amidst a lush landscape of creepers and flowers with musical instruments and embellished with masks and crowns. Marked for a skillful brushwork, in a bright palette and carefully built texture, her earlier compositions encompassed whirls and bands generating a meditative ambience.
Innovating in spirit, Puja now works in new materials and different genres. She is currently working in a photo-realistic style and experiments with sculpture, digital and video art. A marked change is noticeable in her recourse. There is an interesting mix of the urban and rural milieu in her art that represents a rich tapestry of images and ideas inspired by her encounters during exploratory photographic voyages. Contemporary Indian city-scape, where the old and the new, the poor and the rich co-exist is featured in her surrealist imagery overlaid with graphic markings. The thrust of her creativity has clearly traversed from a more painterly stance to a layered conceptual and digital media genre in this series, while the imagery rotates around her spontaneous response to the changing Indian metro-scapes and the daily struggles of its inhabitants as featured in her most recent work titled Blow Horn.

Recipient of the Gold medal as First Prize for her stop motion video work titled MAYAA in the video category at the VIII Biennale Internazionale Dell’Arte Contemporanea Di Firenze/ Florence Italy in 2011, Puja Bahri’s work has also been featured at the Delhi International Arts Festival 2011 and 4th India Art fair 2012, amongst others. She exhibits widely in India and abroad and her work has been featured in several solo and group shows at Delhi, Mumbai, Pune, Bangalore, Hyderabad, Hong Kong, Dubai, Singapore, Florence, Malaysia, South Africa, Dhaka, and New York from where it has been picked up by discerning collectors. Furthermore, she has participated in several national and international art camps and residencies.

Puja also works in the community domain and contributes to charities. She is one of the two founding members of Arts4All trust a non for profit organisation which works as an interface between the folk and contemporary arts. She lives in Delhi and works from her studio in the city. 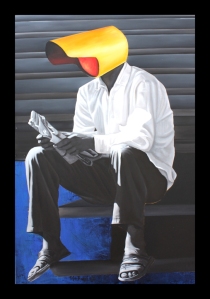 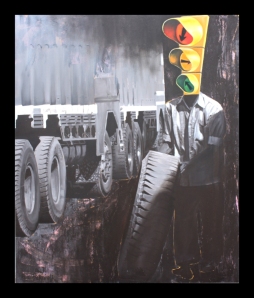